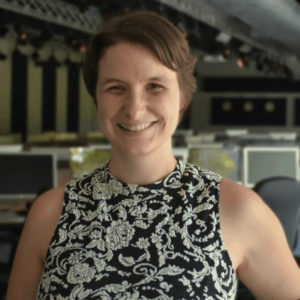 Theatre Harrisburg and its Board of Directors have named Lorien Reese Mahay as the theatre’s Executive Director.

The appointment follows a national search and will become effective October 4. Founded in 1926, Theatre Harrisburg is one of the oldest continually operating community theatres in the United States.

Mahay brings over a decade of experience in performance, nonprofit and theater management, dramaturgy, education, and fund development. She comes to Theatre Harrisburg after five years as Associate Director for the Alan Alda Center for Communicating Science where she oversaw over 500 trainings for researchers across the globe using improv techniques, and led initiatives in curriculum development and strategic planning. She is credited for playing a central role in transforming the Alda Center into the nation’s leading science communication training organization.

Mahay has also served as Associate Director of Development at Bay Street Theater in Sag Harbor, New York, and Program Director at the Watermill Center, an interdisciplinary laboratory for the arts.

Theatre Harrisburg has plans to host a community welcome event for Mahay in early December.

“I first found my love of theatre as a performer,” says Mahay. “In pursuing my degrees, I discovered a real passion for literary management and dramaturgy, fueled largely by my appreciation for new works and underrepresented playwrights and my desire to form collaborations across artistic fields.”

“I am excited and deeply honored to be named as the next Executive Director of Theatre Harrisburg. I believe that theatre is most vital when it is the heart of a community, and I am proud to lead an organization that is dedicated to putting their community at the center of everything it does. I look forward to joining the Theatre Harrisburg family as we build upon the rich legacy begun nearly 100 years ago and look towards the future of this vibrant flagship arts organization.”

Mahay holds a BA in Theatre from Calvin College and an MFA in Dramaturgy from Stony Brook University. She will reside in the Harrisburg area with her husband, Judah, an author and English professor, and their two children, Cedric and Lyra.

For more information, or to speak with someone from Theatre Harrisburg, contact 717-232-5501.