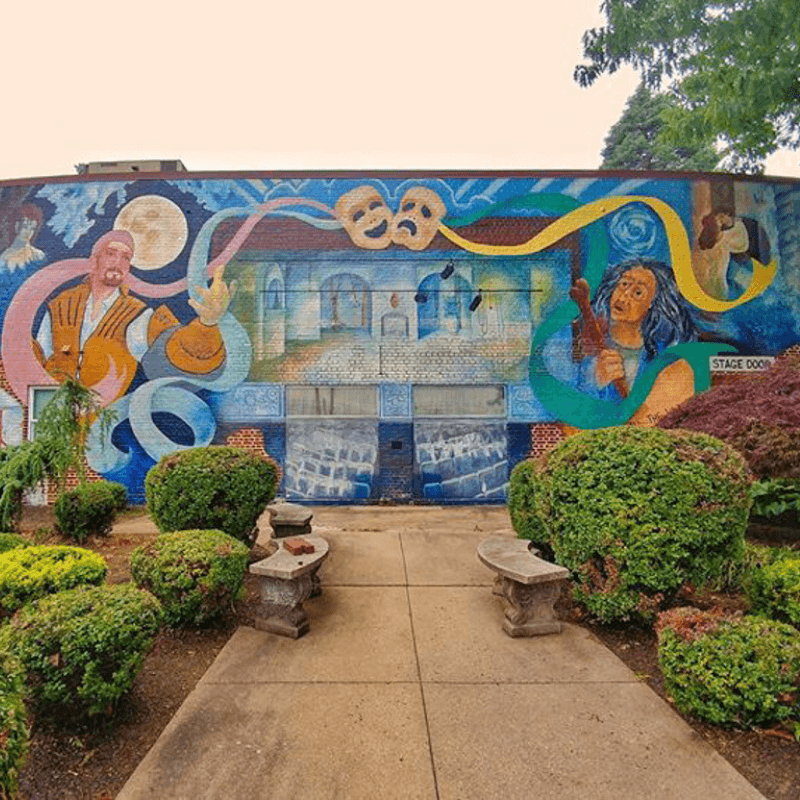 On a cold night in February 1926, Theatre Harrisburg (then Harrisburg Community Theatre) had its genesis in the basement of the Harrisburg Public Library. Mrs. Robert Peters, president of the Women’s University Club, asked nine other women to join her in exploring the idea of a local, volunteer-based theatre that would produce quality plays. Not only did the ladies explore the issue that night, they took action. Adele Eichler became the first director of Harrisburg Community Theatre (HCT) and its first play, “The Dover Road,” was produced later that year at the old Majestic Theatre in downtown Harrisburg.

While many of HCT’s early productions during the 1920s through the early 1930s were at the Majestic, others were scattered throughout the city. Some performances were held at the old City Hall building on Walnut Street, and some were held in the former William Penn High School. In 1932, HCT rented the Jewish Community Center, then located at 1110 North Third Street, which remained the Theatre’s home for more than 17 years.

Finally, in 1950, ground was broken for what would become the Theatre’s permanent (and current) home at Sixth and Hurlock Streets in uptown Harrisburg. For the next 48 years, HCT called the building, which features performance space, dressing rooms, set construction shop and offices, its performance home. During that same period, professional staff was also added to manage, guide and support the Theatre’s artistic mission.

In 1997, Harrisburg Community Theatre became the first local performing arts organization to make a formal commitment as a resident company at Whitaker Center for Science and the Arts on Market Street in downtown Harrisburg. Along with this new status and change of performance venue came a new name, and in the summer of 1999 HCT became officially known as “Theatre Harrisburg,” first appearing on the Sunoco Performance Theater stage in September of 1999.  Theatre Harrisburg moved all productions to Whitaker Center through the 2006-2007 season.

This addition of the downtown venue also necessitated a significant renovation to the Hurlock Street facility. Permanent seating was removed in favor of a large open space for both larger scale rehearsals and more intimate theatrical productions. In 2005 the building was renamed The Jay and Nancy Krevsky Production Center (more commonly known as Krevsky Center); it remains the location for Theatre Harrisburg administrative offices, rehearsals, set construction, prop storage, costume creation and storage. In 2007, production returned to Krevsky Center, with larger productions remaining at Whitaker Center.  With highly flexible seating and staging capabilities, Krevsky Center has allowed for new unique performance opportunities including the Theatre’s first production in-the-round.

Throughout nearly a century of history, one aspect of Theatre Harrisburg’s operation has never changed – volunteers are the backbone of its success. In addition to its professional staff, Theatre Harrisburg relies upon the support of hundreds of talented, dedicated community volunteers – onstage, backstage, in the office, front of house, constructing sets – to present the high-quality theatrical experiences that local audiences have come to expect.